Read the latest information on the Campus Comeback plan.

SF State is home to a diverse collection of world-class artists, philosophers, historians, political thinkers, broadcasters, dancers, designers, filmmakers, musicians and creative writers. They are the spirit behind the College of Liberal & Creative Arts — the College of Ideas — challenging artistic norms, experimenting across media, genre and traditions, engaging in the business of production and inspiring diverse local, national and international communities and audiences.

Our faculty members research and challenge intellectual paradigms, historical practices, cultural norms and policy. They are the force behind the College of Ideas — influencing public opinion on the military’s transgender policy, spreading awareness of disability issues, investigating classic archaeology and influencing thought in environmental and medical ethics, world literature and contemporary artistic practice.

The Center for Iranian Diaspora Studies is the first and only academic institution of its kind -- dedicated to research and teaching about the historical and cultural experiences of the global Iranian diaspora community.

Promotes the multi-disciplinary study of the language, literature, history, and culture of classical, post-classical, and contemporary Greece. 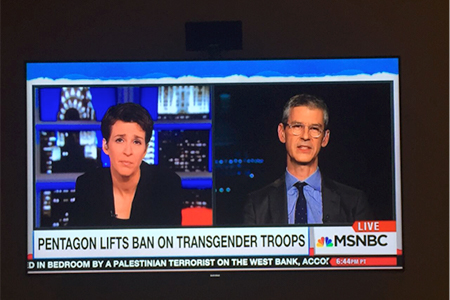 The Michael D. Palm Center for Research Translation and Public Policy (CRTPP) is dedicated to ensuring that SFSU faculty and students can contribute to social justice and evidence based public policy formulation by informing national policy conversations with state of the art scholarship. 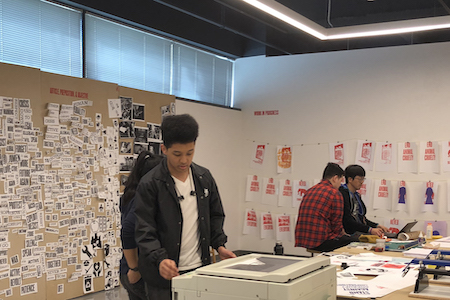 DesignSpace at San Francisco State University informs and educates the campus community, the design community, and the general public in the diversity of practices and issues of design in its past, its present, and looking to the future through exhibitions and events. DesignSpace functions as a collaborative teaching and learning workspace for students, faculty, and internal and external partners and as a public forum, inviting deeper engagement in design, its practices and discourses. 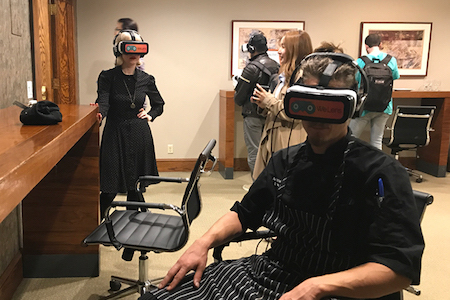 This production hub and incubator aims to make SF State and the Bay Area a center for excellence in the documentary genre. Since its inception in 2005, it has screened more than 120 films and hosted more than 40 visiting filmmakers. 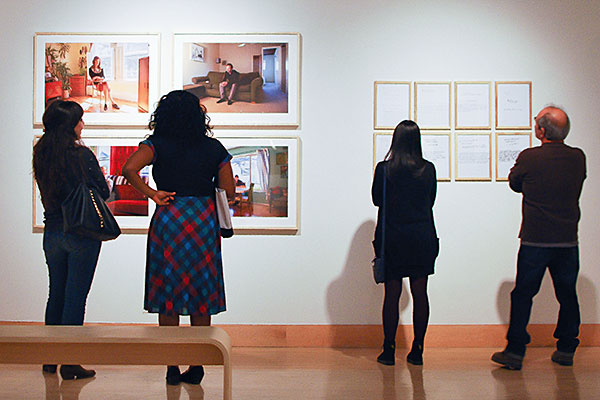 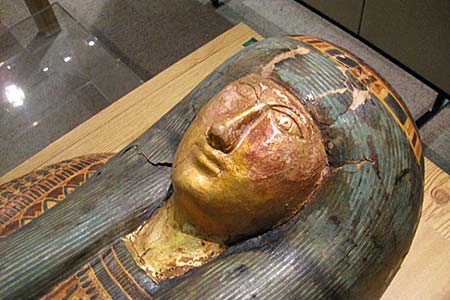 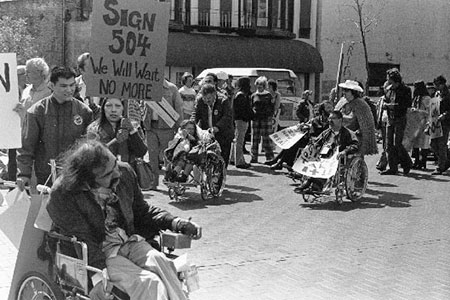 Launched in fall 2015, the Lab for Media and Community sponsors projects that enable faculty, students and leaders from media and the community to come together to explore and improve the role of journalism in strengthening communities. Activities range from research to training to field testing of community media initiatives. 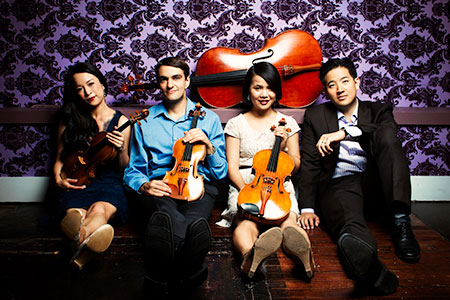 Since the 1950s, this center has offered free concerts and topflight educational programs to develop new audiences and provide future generations of performers with mentorship by the world’s greatest practitioners (Afiara String Quartet pictured above). The world-renowned Alexander String Quartet is quartet-in-residence. 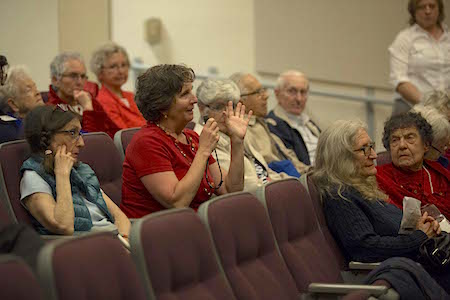 The center is one of more than 115 learning communities around the U.S. that inspire seasoned adults to take a fresh look at themselves, the future, their generation and the world of possibilities. An active community of peers age 50 and above engage in learning through classes, interest groups and events at the downtown and main campuses. 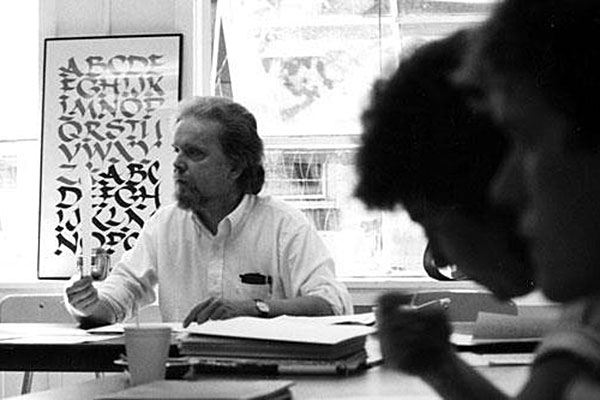 The center’s reading series, founded in 1954, is one of the longest-running such programs in the U.S. The archives is approaching 5,000 hours of original audio and video recordings documenting the reading series. 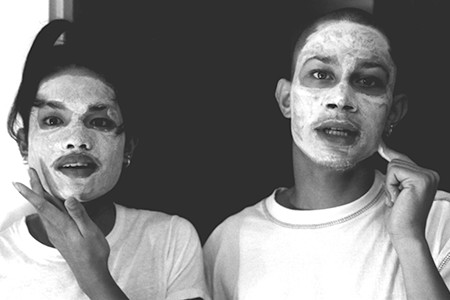 Queer Cinema Project (QCP) is a hub for innovative approaches to the research, production, promotion and distribution of cinema that speaks directly to the many aspects of the LGBTQ experience. 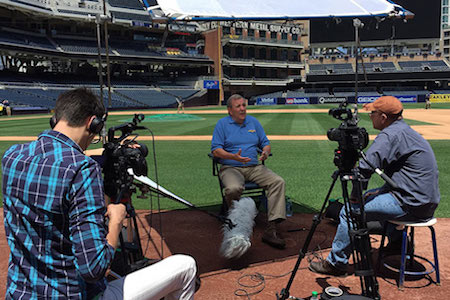 Veteran Documentary Corps (VDC) empowers veterans and filmmakers from around the world to tell true stories about the veteran experience to other veterans and global citizens alike.

KQED-FM (SAN FRANCISCO) -- But some historic Bay Area theaters are lagging behind — notably San Francisco’s Castro Theatre, which was built in 1922.

What If We Could Never Touch Again? Professor Kudlick Discusses on Flash Forward Podcast

FLASH FORWARD -- Today’s episode is about a future without touch. Guests include: Dr. Catherine Kudlick, a historian and the Director or the Paul K. Longmore Institute on Disability at San Francisco State University.

Comics Roundtable on Blindness Sparks Conversation Among Hundreds of Attendees

GOLDEN GATE XPRESS -- On Wednesday, a roundtable discussion was hosted by SF State’s Program in Visual Impairment, Comic Studies Department and The Longmore Institute of Disability.

BERKELEY NEWS (UNIVERSITY OF CALIFORNIA, BERKELEY) -- Many of these relics have been hidden for decades in storage facilities at the Hearst Museum, San Francisco’s Legion of Honor museum, San Jose’s Rosicrucian Egyptian Museum and San Francisco State Univ

GOLDEN GATE XPRESS -- “The thing that I see in hip-hop [is] that mental health is talked about a lot,” Moore Jr.

WBUR-FM (BOSTON) -- One need only look at the universe of stories being unlocked and shared on Twitter by scholars like Jaipreet Virdi, the writing of people like Aparna Nair, or the work done by the Paul K. Longmore Institute at San Francisco State.

Telegraph Quartet Has Given Master Classes at SF State

BROADWAY WORLD (SAN FRANCISCO) -- Beyond the concert stage, the Telegraph Quartet seeks to spread its music through education and audience engagement.