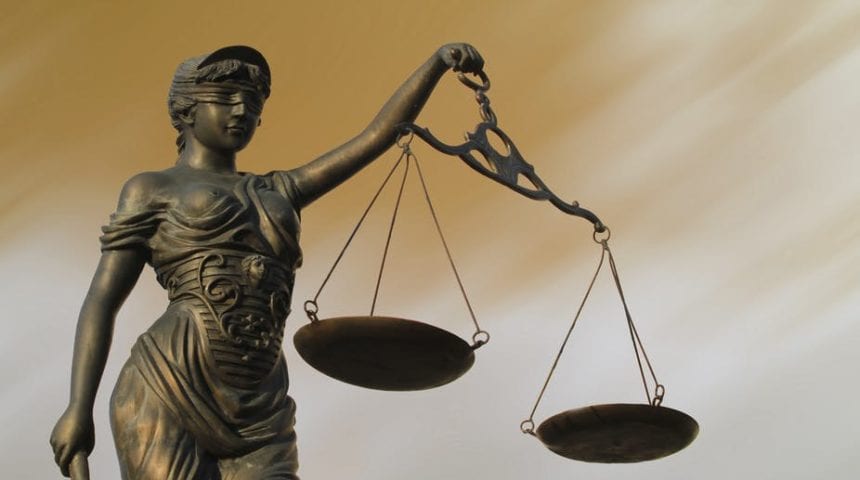 The Michael D. Palm Center for Research Translation and Public Policy (CRTPP) is dedicated to ensuring that SF State faculty and students can contribute to social justice and evidence based public policy formulation by informing national policy conversations with state of the art scholarship.

San Francisco State University has a proud tradition of pursuing social justice, and the University’s mission includes an explicit mandate to encourage all members of the University community, including faculty, students, staff and alumni, to try to make the world a better place.

One of the most important opportunities in preparing scholars and students to pursue social justice is to provide training and experience in “research translation,” meaning the conversion of rigorous, state-of-the-art academic research into formats that are available to policy makers, journalists, opinion leaders and the public at large.

Many faculty members seek to use their research to contribute to social justice outcomes, and many students seek to devote their lives to social justice. Few members of the University community, however, have received explicit training in how, exactly, to convert or translate rigorous academic research into policy.

In turn, many policy makers seek to ensure that policies that they formulate are evidence-based, but they and their staffs do not know how to read, understand, or consume academic research. As a result, policy is formulated in the absence of evidence, and outcomes are not assessed rigorously.

Rather than simply assuming or hoping that faculty and students will acquire the knowledge as to how to inform public policy with their scholarship, or that policy makers and their staffs will learn how to consume research, the issue of research translation must be institutionalized. CRTPP’s mission, in short, is to train SF State faculty and students how to inform public policy with their academic research.

CRTPP is honored to have a distinguished Board of Advisers consisting of six faculty members who represent a diverse range of disciplines across campus. Our Board includes the following faculty members.

Deborah Cohler received her Ph.D. in English Literature from Brown University and B.A. from Wesleyan University in Women’s Studies and English. She is the author of Citizen, Invert, Queer: Lesbianism and War in Early Twentieth Century Britain (University of Minnesota Press, 2010) as well as recent journal articles on early twentieth century eugenics, transnational feminist pedagogies, and the cultural politics of the War on Terror. Her current research examines cultural transformations of sexuality, gender and citizenship in wartime, focusing particularly on US military culture since 2001. She is at work on a monograph that examines mass cultural and subcultural representations of military spouses in US culture at the turn of the twenty-first century. She teaches courses in WGS on gender and militarism, transnational feminist cultural studies, queer theory and feminist praxis.

A civic-minded scholar and environmental expert, Commissioner Elahe Enssani is a Commissioner on San Francisco’s Immigrant Rights Commission. Currently a professor of Environmental and Civil Engineering at San Francisco State University, she previously founded Applied Technology and Sciences, a San Francisco-based environmental consulting firm, and worked with the City and County of San Francisco where she oversaw various environmental programs. Enssani holds a Ph.D, master’s in Civil Engineering and master’s in Chemical Engineering from UC Berkeley, as well as a bachelor’s in Chemical Engineering from Sharif (Araymehr) University of Technology, Tehran, Iran. She has been widely recognized for her achievements in academia and engineering, including “Top 100 Scientists in 2005,” by the International Biographic Center in Cambridge, England, and as an extraordinary engineer in the book Changing Our World: True Stories of Women Engineers by Sybil E. Hatch, P.E. (ASCE Press 2006). Although her academic training has been in Math and Engineering, Enssani has always been a writer, a poet, and a passionate political activist. She is currently Chair of Nowruz at City Hall (a celebration of Persian New Year in San Francisco), Co-Founder of the Iranian American Chamber of Commerce, a member of Encyclopedia Iranica, and Founder of CWESTE (Committee for Women’s Education in Science, Technology and Engineering) at SF State.

Marcela García-Castañon is an assistant professor in the Department Political Science. She specialized in American politics, Latino politics, immigrant/immigration policy and politics, political communication and methodology. She teaches courses that examine Latino political behavior, attitudes and socialization, as well as courses in research design and methodology. Her research agenda analyzes notions of membership and citizenship development within immigrant communities and their connection to political and civic engagement. Her current research examines the political membership process of Mexican immigrant in the United States through familial, educational and pre-migration experiences. She engages theories of civic engagement, identity, and political socialization to establish and formulate a theory of multi-tiered membership to better examine and explain the experiences of immigrants in new nations. Dr. Garcia-Castanon completed her Ph.D. at the University of Washington, focusing her dissertation on new theories of immigrant political socialization. She was a Jacob K. Javits fellow, WISER graduate fellow and Simpson Center Borderlands Fellow during her graduate studies. Dr. García-Castañon grew up primarily in Arizona, though she was born in Mexico and lived in California for the early part of her childhood. She is the oldest child in her family, and the first to graduate from college in the US She has worked in radio and public relations and held positions as a teaching program coordinator and researcher.

Bay Area-based documentary director and editor Laura Green’s first feature-length film, The Providers, premiered this year at the Full Frame Documentary Festival and was selected for the American Film Institute’s DOC Impact Labs. Set against the backdrop of the physician shortage and opioid epidemic in rural America, the film follows three health-care providers in northern New Mexico. HollywoodGlee praised the film as “heart-warming, soul-affirming.” Green’s short documentaries have played at the Palm Springs Shortfest, Aspen Shortsfest, Sarasota Film Festival, Mill Valley Film Festival, Outfest and the San Francisco International Asian American Film Festival. She edited True Son, a feature-length documentary that premiered at the Tribeca Film Festival, and the web-series The F Word. Green has taught at Stanford University, UC Berkeley, California College of the Arts and Art Institute of California, San Francisco. She earned her Master of Fine Arts from Stanford and Bachelor of Arts from Brown University.

Dr. Holschuh is an assistant professor at the San Francisco State University School of Nursing, where she leads the reproductive health curriculum and coordinates selected graduate and undergraduate programs. She has been a nurse since 2001 and a Certified Nurse Midwife since 2003. Dr. Holschuh received a B.A. from Stanford University, and her MSN (2003) and Ph.D. in Nursing (2014) from the University of California, San Francisco. She has published and presented on topics including communication for safety in obstetric and neonatal settings, adolescents’ decision making during labor and birth, and simulation training for reproductive health care in nursing education. Her current research interests include college students’ coping with pelvic discomfort symptoms and how online activity can inform contraceptive choices.

Amy Sueyoshi is interim dean of the College of Ethnic Studies at San Francisco State University, the first and only college in the nation that houses the five departments of Africana Studies, American Indian Studies, Asian American Studies, Latina/o Studies, and Race and Resistance Studies. She holds a Ph.D. in history from University of California, Los Angeles and a B.A. from Barnard College of Columbia University. She oversees the curriculum and program development of four majors, six minors, two M.A. programs, and a post-baccalaureate certificate. She serves 80 faculty members who teach up to 8,000 students each semester. Dean Sueyoshi’s research interests lie primarily at the intersection of Asian American and queer studies. She has authored two books - Discriminating Sex: White Leisure and the Making of American "Oriental" and Queer Compulsions: Race, Nation, and Sexuality in the Intimate Life of Yone Noguchi. She additionally wrote the section on API queer history for the National Parks Foundation’s LGBTQ theme study which won the Paul E. Buchanan Award for Excellence in Field Work, Interpretation, and Public Service. She is a founding co-curator of the GLBT History Museum, the first queer history museum in the United States, and the recipient of the Willie Walker Award for service to the GLBT Historical Society. In 2017, Dean Sueyoshi was a Community Grand Marshal for San Francisco Pride.

Since 1999, Professor Aaron Belkin has served as founding director of the Palm Center, a research institute that has used social science scholarship to inform public opinion about "don't ask, don’t tell," (DADT) and transgender military service. The Advocate named the Palm Center as one of the most effective LGBT rights organizations in the nation.

As Palm’s director, Belkin crafted a novel strategic model for using social science research to shape public opinion, a model that he describes in his 2011 e-book, How We Won. Arianna Huffington describes that book as a "best practices guide for civil rights fights going forward" and adds that, "if you care about changing America, read How We Won."

Professor Belkin designed and implemented much of the public education campaign that eroded popular support for military anti-gay and anti-transgender discrimination, and when "don’t ask, don’t tell" was repealed, the president of the Evelyn and Walter Haas Jr. Fund observed that, "this day never would have arrived (or it would have been a much longer wait) without the persistent, grinding work of the Palm Center." Harvard Law Professor Janet Halley said of Belkin that, "Probably no single person deserves more credit for the repeal of ‘don’t ask, don’t tell.’"

During a November, 2016 White House ceremony, Deputy Assistant Secretary of Defense Anthony Kurta credited the Palm Center as one of the organizations most responsible for helping the military lift its ban on transgender personnel.

Professor Belkin has published numerous scholarly studies on military diversity, and his research has been featured in the New York Times and Washington Post and on ABC, NBC, CBS, PBS, NPR, CNN, MSNBC and Fox. Belkin has provided pro-bono strategic advice, based on his model, to numerous foundations and non-profit organizations.

Recently he founded the 1/20/21 Project to urge political leaders to expand the size of the Supreme Court.