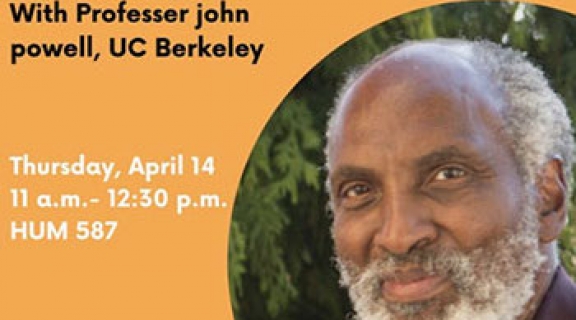 UC Berkeley professor john powell will be speaking to the PLSI dept about Othering, Belonging, and Targeted Universalism. Free.

john a. powell is Director of the Othering and Belonging Institute and Professor of Law, African American, and Ethnic Studies at the University of California, Berkeley. He was previously the Executive Director at the Kirwan Institute for the Study of Race and Ethnicity at the Ohio State University, and prior to that, the founder and director of the Institute for Race and Poverty at the University of Minnesota. john formerly served as the National Legal Director of the American Civil Liberties Union (ACLU). He is a co-founder of the Poverty & Race Research Action Council and serves on the boards of several national and international organizations. john led the development of an "opportunity-based" model that connects affordable housing to education, health, health care, and employment and is well-known for his work developing the frameworks of "targeted universalism" and "othering and belonging" to effect equity-based interventions. john has taught at numerous law schools including Harvard and Columbia University. His latest book is Racing to Justice: Transforming our Concepts of Self and Other to Build an Inclusive Society 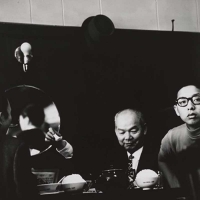 Moving Pictures: the Photography of Irene Poon, 1960s to present 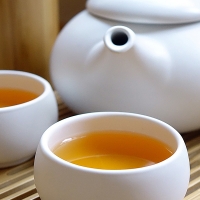 The 8th Ocha Zanmai: International Conference on Chanoyu and Tea Culture
Beyond Binary