Theatre Arts Students Build Community Through 'Water by the Spoonful'

Producing a play for live Zoom performance is undoubtedly unconventional. When students, faculty and staff from The School of Theatre and Dance came together for a main-stage production of Quiara Alegría Hudes’ Pulitzer Prize-winning “Water by the Spoonful,” they had to overcome technical difficulties before even getting to rehearsal. In the end, they have persevered despite dated computers, inconsistent Wi-Fi connections and unfamiliar software.

The show, about an Iraq War veteran and former addict struggling to reconnect with his mother, debuted November 5 and continues through November 14.

Stage manager Jasmine Murray, running the show from Georgia, said getting through obstacles has been one of her favorite parts about working on “Water by the Spoonful,” as well as learning live-production software such as NDI Tools. “I’m excited to add all of those skills to my resume!” she said.

Professor Rhonnie Washington, the play’s director, said producing a play online has a distinct advantage: unlimited rehearsal space. “All you have to do is create another virtual room and put actors in it,” he said. “I found that it was particularly useful sometimes, and it would be a lot more difficult to do that in the Creative Arts Building, where you have a limited amount of space.”

Actors have had to adapt to working solely online. Grace Romeu, who plays Yazmin Ortiz, says she’s had to “learn how to stay in place.”

“You’re confined to a little square, and you can’t do anything too crazy because then what if the audience doesn’t catch it? It’s harder to create the environment.”

Washington adds that the virtual format has helped build a sense of community among all involved.

“We’re all trying to learn how to do this virtual thing none of us know how to do,” he said. “I think that was something that caused us to bond — the fact that we’re all trying to figure it out and no one really knew concretely how it was supposed to work, so that was one of the things that really drew us together.” 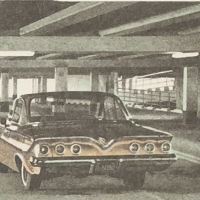 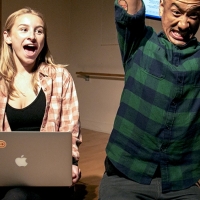 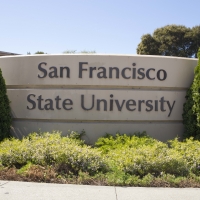